‘Disgusting’: The Real Reason You Can’t Buy A Rolex Revealed 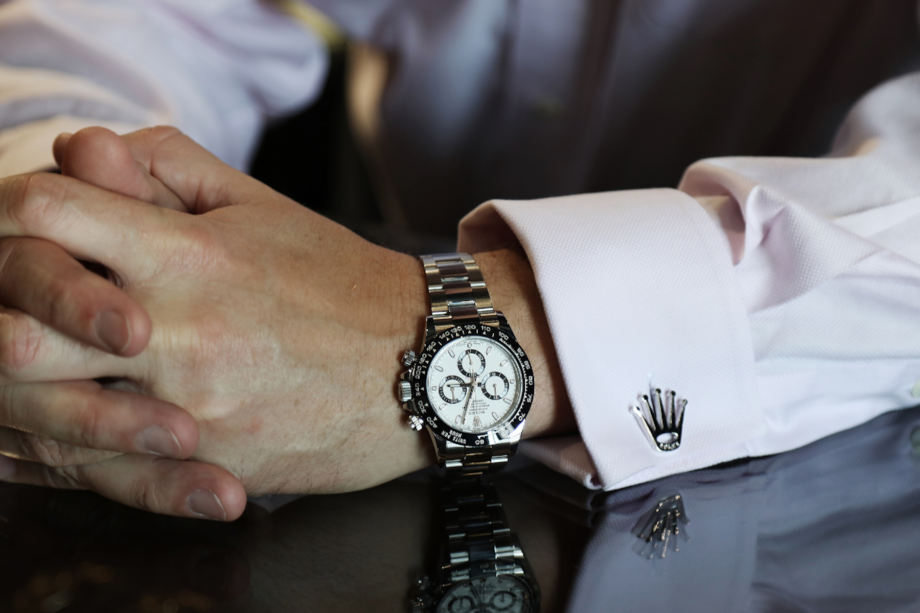 Few watch or luxury brands command the same sort of attention and demand as Rolex does. They're a universally recognised status symbol – they are to watches what Ferraris are to cars or Dom Pérignon is to champagne.

What's interesting about Rolex is that at retail, their watches are reasonably affordable, as far as high-end watches go, and especially compared to other brands that enjoy a similar cultural cache such as Audemars Piguet, Patek Philippe or Hublot.

But the retail or 'list' price of a new Rolex doesn't tell the full story. Rolex has always been a popular brand but in recent years, it’s become particularly challenging for the average consumer to purchase one of their watches at retail, particularly their popular stainless steel ‘Professional’ sports models.

Even if you’ve built up a relationship with an authorised dealer (AD) – which usually means dropping hundreds of thousands on watches over a long time period – waiting lists for 'Pepsis' or 'Hermits' can still be years long. And that’s when you’re in Rolex’s good books…

It’s not a mystery why there’s such exclusivity: there’s just nowhere near enough supply to keep up with demand in today’s market, and Rolex hasn’t been able (or willing) to ramp up production to meet it. Undoubtedly COVID-19 has had an impact on Rolex (as well as the rest of the watch industry) but this is a problem that's been brewing for many years. 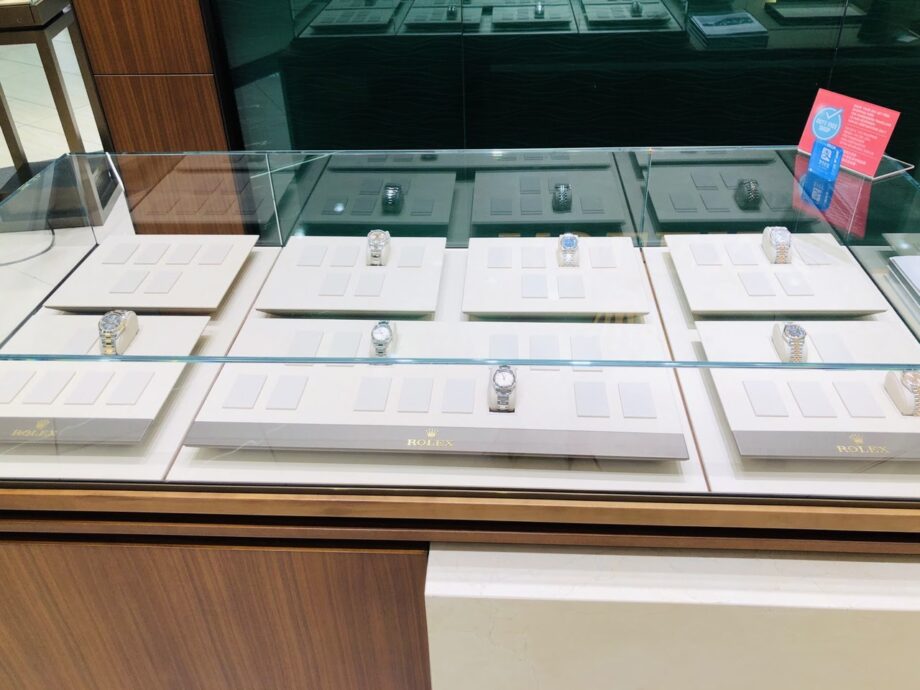 A conspicuously empty display case at Rolex's Rome–Fiumicino International Airport boutique in 2019. As the photographer put it, "7 watches for sale. 54 blank spots. We all know what’s going on but this just looks sad." Image: WatchProSite[/caption]

But there's another reason Rolex has become so unattainable – the proliferation of grey market dealers who dominate the market, buy up stock and sell it on at a substantial premium.

The grey market or 'flipping' watches is, sadly, incredibly common in today's luxury watch landscape. While brands allegedly try and combat the practice, blacklisting ADs or customers who engage in the practice, the scale of the issue suggests that more than a few ADs are in on the take, potentially backdooring popular models to these dealers.

As for the watch community at large, people are divided. Some enthusiasts hate how rife the problem has become, suggesting that it prices 'average consumers' out of the market (as much as someone who can spend four or five figures on a watch is an average consumer) and degrades their hobby; making it about flexing instead of appreciating watches for what they are.

Others simply call it the cost of business – don't hate the player, hate the game – and indeed a number of consumers probably like the fact that Rolexes (and other watches) becoming so difficult and expensive to acquire increases the prestige of owning one, making them even more desirable.

If you need more evidence to see just how divided the watch community is (and a good case study of the problem), take this post shared by watch blogger @horologymania last week of their visit to Watch Trading Co., a grey market dealer based in Miami with a presence in New York and Hong Kong. The dealer shows off cases of hard-to-get stainless steel models like Daytonas, GMT-Masters and Submariners – or, as one commenter has put it, a "treasure trove" of Rolexes.

While there's some praise in the comments section for the lavish scenes – indeed, it's hard not to be impressed by such a display of desirable watches – a majority of fans were angered by the post.

"I will never buy grey. I don’t believe second hand/grey watches are worth list. Rolexes are nice, not worth making a middle man rich," one commented. "I’ve retired from the watch game until this gets reigned in," another said, tagging Rolex in their comment. "Grey market dealers have killed Rolex for the normal person," another bemoaned.

Another was even more brutal: "Single-handedly guilty of hoarding and price gouging. You guys should be banned from all Rolex ADs."

RELATED: ‘Avoid Like The Plague’: Watch Fans Reveal The One Place They Would Never Buy A Rolex

@horologymania countered by suggesting that it's not just these large-scale grey market dealers who are supposedly price gouging, saying "the 'normal' [customer] sells his Daytona for 20k profit the moment he leaves the AD." They also provide some insight into how these grey market dealers are able to get their hands on so many watches:

"The AD will sell it above the list (which is illegal but they still do it) or they will sell [a] bunch [of] other undesirable garbage next to the Daytonas." 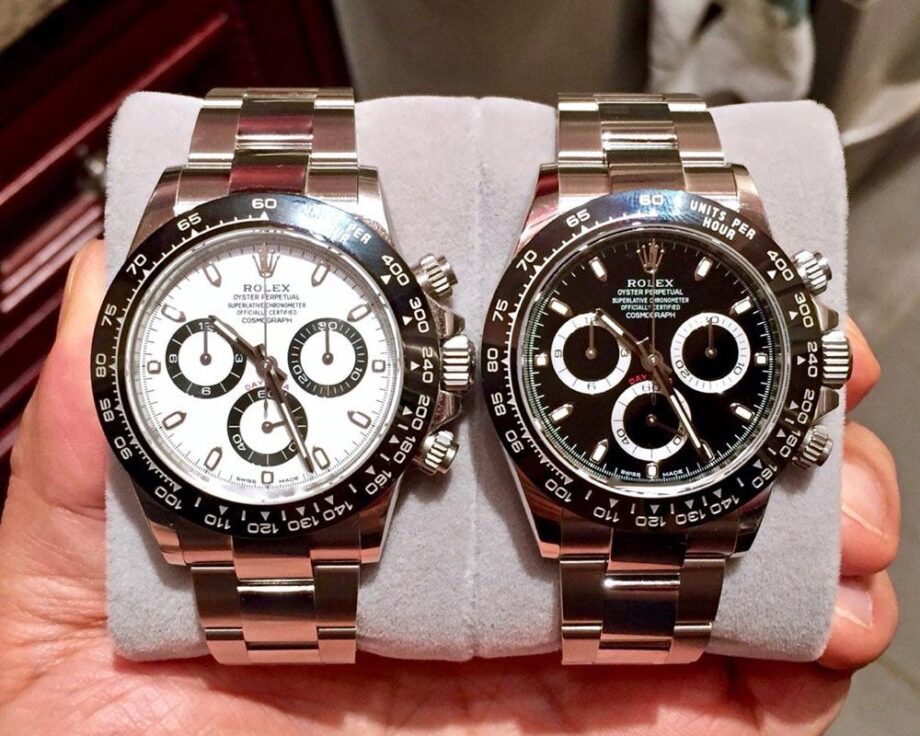 It's a bit of a 'chicken or the egg' scenario. Who's really at fault here: the ADs doing the wrong thing, or the grey market dealers fuelling the problem? Would the ADs be so brazen if there wasn't such insane demand for their watches (or if they thought they couldn't get away with it), or if there was more stock?

RELATED: Canada, China or Colombia? Where To Score Rolex’s Hard To Find Models

It's also worth pointing out that there's a big difference between reputable second-hand dealers selling genuinely second-hand watches (or, at the very worst, new unworn watches that normal customers sell onto them, as per @horologymania's suggestion) and grey market dealers who have undeclared relationships with ADs who are funnelling them new stock before it ever hits a boutique display shelf.

We don't mean to imply that Watch Trading Co. is necessarily doing anything untoward, either, but the sheer number of virtually new watches they have in stock seems suspicious. Watch Trading Co. has a clearly separated 'pre-owned' section on their site but as of publishing, they have no watches for sale under that category.

Indeed, all the watches they currently have for sale (including some OMEGAs, too) seem completely new and unworn. That's a lot of individuals passing their new watches onto them... 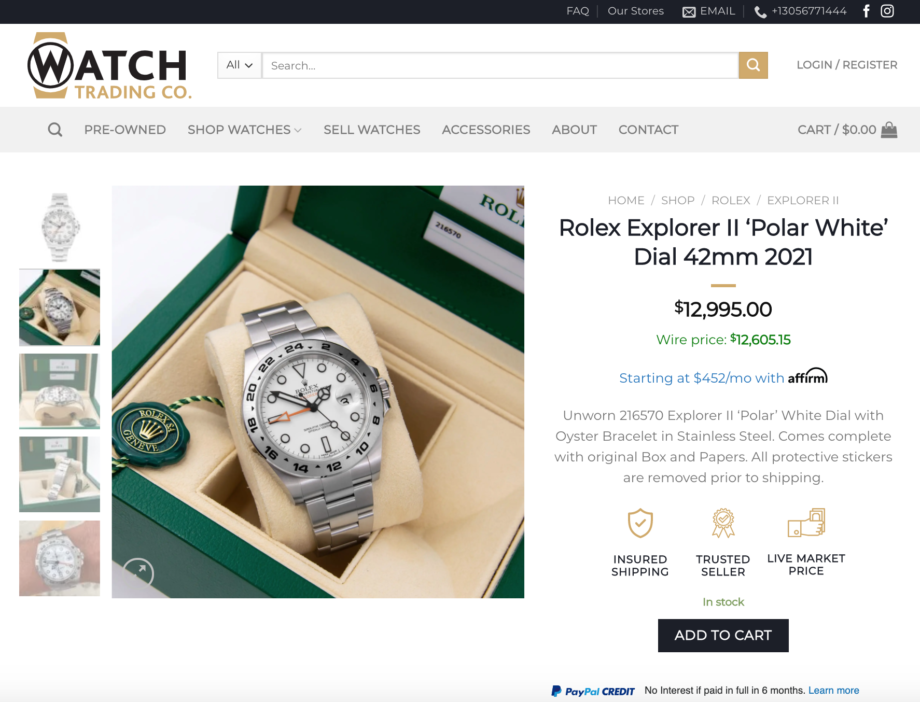 Aside from the price-gouging aspect, the other big issue with buying from the grey market is that you miss out on the factory warranty you'd get from buying through an AD – which probably doesn't bother most customers, but is certainly a disadvantage.

The other disadvantage of buying from a grey market dealer is that they don't offer the same sort of luxurious buying experience you'd get from a real boutique. There's no celebratory champagne or smooth jazz – just a bitter taste in one's mouth (again, this isn't probably a big deal for most customers, but it's another part of the luxury watch buying experience customers are missing out on).

All in all, it's totally anti-consumer, even if the grey market dealers aren't doing anything illegal per se. But what's the solution? Some watch fans have offered up a radical solution: let ADs mark up their watches however they see fit, free of the strict price controls of the brand, and let the free market adjust itself.

The other alternative, of course, is to simply vote with your wallet. Choose less ‘hyped’ models, like the Rolex Air-King, or maybe even other brands where you can walk into a boutique and leave with a watch on the same day, all while paying list price (or even maybe snagging a discount).

But for some, the allure of a Rolex will be all-consuming. To them we say good luck – but just be aware of what you're buying into.

Check out the dial finishing on Rolex's 2021 models [Watch Below]

The post ‘Disgusting’: The Real Reason You Can’t Buy A Rolex Revealed appeared first on DMARGE.