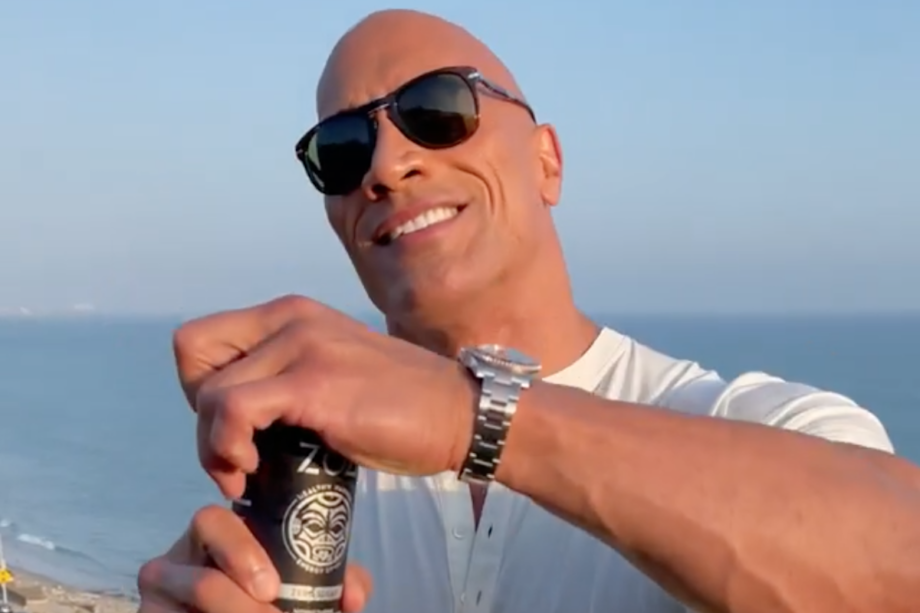 Dwayne 'The Rock' Johnson is devoid of much of the bullshit that comes with fame. He might be an ultra-successful actor, wrestler and entrepreneur – and sure, you don't get to his level without some sort of ego – but he's genuinely a really nice dude. There's a reason he's been called 'the most likeable person in the world'.

On top of being a stand-up guy and potentially one of the most vascular humans alive, he's also stylish. His impeccable sartorial taste also extends to his watches: Johnson is an avid watch collector and has been spotted wearing brands as diverse as Panerai, IWC Schaffhausen, Hamilton, Oris and Breitling. His taste tends to err on the bigger side (I mean, he's a big guy, so it makes sense), but he's easily got one of the most mature and complex watch collections in Hollywood.

Perhaps it's no surprise, then, that his latest watch is one of the most underrated Rolexes ever – in our estimation, at least. Jumping on Instagram to plug his new energy drink brand, Zoa, The Rock also subtly showed off a new horological pickup: a Rolex GMT-Master II 'Root Beer'. 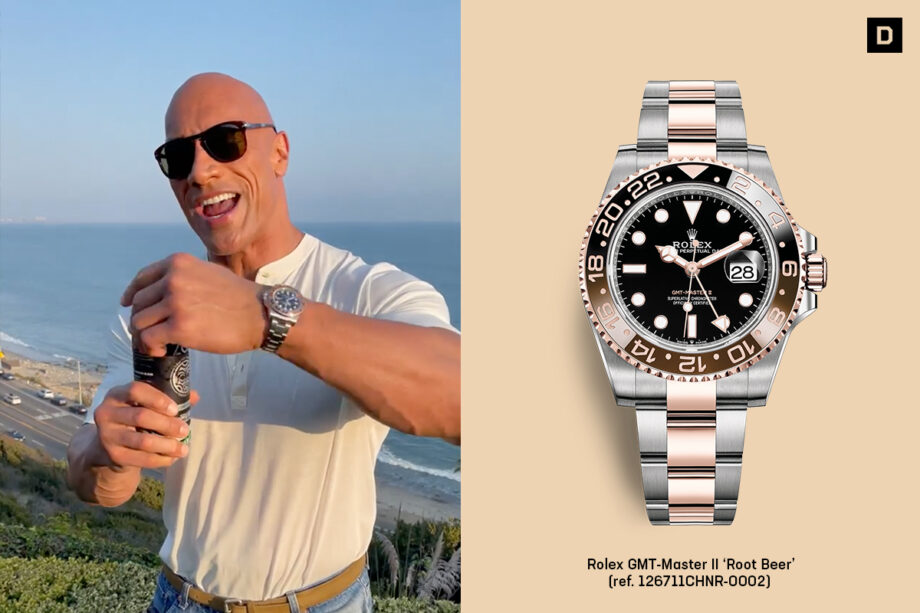 The original 'Root Beer', the GMT-Master ref. 1675/3, came out in the 70s and was the first two-tone version of the GMT-Master. It was made famous as Clint Eastwood's watch of choice, the legendary actor often donning it in his films. Rolex re-released the Root Beer in 2018, swapping from yellow gold to rose gold among other changes, and it's this version of the Root Beer that The Rock is, well, rocking.

Two-tone watches – that is, watches that are partially made from steel and partially made from gold – are somewhat of an acquired taste. They were pretty popular in the 80s and 90s, but aren't quite as popular these days, which is why the Root Beer often gets overlooked compared to other GMT-Masters or other Rolexes.

It's a shame, really. Compared to a fully gold piece, a two-tone watch is more durable and more practical (whilst still having a touch of bling), and are actually remarkably versatile from a style perspective: able to be both dressed up and down with ease. Clearly The Rock knows a good thing when he sees it... Bring two-tones in out from the cold, we say.

Check out some of The Rock's other interesting watches

The post Dwayne ‘The Rock’ Johnson Revives One Of Rolex’s Most Underrated Watches appeared first on DMARGE.