The date is August 5th, 2016. The late summer sun is beating down in Salt Lake City. I’m wearing all black. I’m sweating. And I’m discreetly keeping my head on a 180-degree swivel, waiting to meet someone outside, someone called Jack, behind the dumpsters of Outdoor Retailer. We’re connecting to talk business or possibly get a scoop on something new. I think. He wants to meet ‘off the floor’, away from prying eyes.

All I know is that Jack is Jack Barley, former Creative Director at GORUCK. A brand giant. And he’s recently gone out on his own to chase a dream, and he’s got something top secret he wants to talk about.

Jack appears, right on time. He’s friendly and has this energy that engulfs me. He rolls something off his shoulder… And what he showed me next changed the game: the first EVERGOODS backpack ever made, a CPL24 prototype.

That pack, along with the MPL30, would skyrocket EVERGOODS right to the top of Carry Culture. Leaping from a purely unknown brand, to pillar of the culture in one awesome swoop.

Jack had teamed up with Kevin Dee, former designer at a little brand called Patagonia, and genius in design and development, to build their dream brand. A brand created to be design first. A brand where they were free to do exactly what they always wanted, down to the finest details.

In a short time, EVERGOODS established a cult following. Winning fans and respect. And the CPL landed in every ‘Best EDC Backpack’ list across the gear world. Then they made it better with the release of V2 late last year. Creating one of the most complete, versatile, and timeless backpacks on the planet. Period.

Then after we met up again in Bozeman, Montana, in Dave’s Sushi, over a tsunami of sake bombs and nigiri boards, we decided we had to team up, to make something special. Damn special.

Almost as expected, Kevin’s mind had been racing, and the very next day he shared a bunch of ideas, laying out the loose overall plan, a proposed calendar, and more. Let the games begin. But first, what product are we working on? EVERGOODS is now boasting a growing portfolio of carry options, all of which are impressive and Carryology reader favorites.

But there were two clear options. Two pieces that when combined together make the ultimate duo.

The near-perfect Civic Panel Loader 24 V2. The very backpack which Jack first showed me behind those dumpsters at Outdoor Retailer in the summer of 2016. Paired with one of the best tech pouches on the planet – Civic Access Pouch (CAP2).

The most important choice of every collab, the face fabric. And EVERGOODS are very proud of their fabrics. And they should be. They developed them custom to look great, feel great, drape perfectly, and above all, be extremely durable.

We’ve been playing with Dyneema a bit lately and it crossed our minds. But it didn’t fit the patterning in a flattering way, and just didn’t feel *right* for this application. Kevin had some killer swatches of some extra high tenacity nylon, but visually, it wouldn’t look/feel “different enough” to the untrained eye.

We suggested a Carryology team and reader favorite: Dimension-Polyant X-Pac fabric, in the darkest murdered out black that we could get. We’ve seen many readers specifically request an X-Pac CPL24 more times than we can count. We had been dreaming of it ourselves.

Jack and Kevin had never made a product with X-Pac before. Which is exactly the idea behind these collabs, to step out of our comfort zones. So after some testing and prototyping, we landed on the VX42 variant. It has a 420d nylon front face which is laminated to a polyester X-ply and a 50d polyester backer. Durable, strong, lightweight, waterproof.

Design, down to the finest details

These two gents don’t like to cut corners. The signature hi-vis orange interior wouldn’t be enough. You see, fabrics aren’t just on the shelf in every color you could imagine. Usually, there is a bright orange option. But no, not here. Kevin requested a specific Pantone PMS color code so they could have their crazy tough 420d HT nylon 6,6 with PU coating liner fabric custom-made.

But they didn’t stop there. Trims (AKA all the little extra parts that make up a pack) also aren’t just sitting on the shelf in a kaleidoscope of colors. Black is always available. But Kevin went ahead and had all the interior trims and fabrics custom-made and color-matched to the orange Pantone PMS. Yes, all of them. Zipper coils, zipper tape, zipper pullers, edge binding, webbing, mesh, and the Velcro.

Even the hardware is custom-made to the correct color (but more on that specific part later). Having worked as a developer, I know this is a serious feat. Some brands don’t even go through all this trouble for their big normal production product runs. And the end result of all this extra work? An absolute assault on your senses. You can almost taste how shockingly bold it is. This is the brightest, most hi-vis orange interior we’ve ever done.

Built for any weather, rain, hail or shine

Waterproof exterior X-Pac fabric means some additional upgrades are necessary. YKK’s reverse coil #10 come standard on the standard-issue CPL pack and thanks to their water-resistant DWR finish, they do great at keeping the rain out. But… well… collab, right? We hit up our friends at YKK and selected their best water-resistant zipper, the #10 AquaGuard reverse coil. The PU tape on these zippers shakes off a heavy downpour without flinching. Plus, they’re buttery smooth. And if we’re being honest… they look cool, too.

Speaking of zippers… EVERGOODS use really nice fabric knotted zipper pullers on all their carry products. They work well and they have a unique look. We experimented with some off-the-shelf options as well as some custom options. But ultimately we liked the existing design for the reasons just mentioned. So how do we upgrade? Well, we selected Hypalon, a classic favorite material. And then we cut them to shape… with lasers. The same design, but laser cut Hypalon. That thick durable coating gives a great tactical experience, easy to grab with or without gloves, and it’s extra durable for thousands and thousands of accesses to your gear.

Rising from the ashes

Some folks asked why these collaborations have such eccentric names. Well, it’s to add another level of storytelling to our pieces. Products can be more than just seams and bartacks.

In the project, we thought deeply about Jack and Kevin and what they’ve achieved. And considered the risks they took. Jack and Kevin both left their previous positions behind, senior positions with giants in the industry, because of a dream and gut feeling that they wanted to blaze their own trail, grouping their savings together to birth a brand new company from the ashes of their past. A Phoenix was the perfect symbol for their achievements, their bravery.

And factor in the vibrant, blazing, inferno hi-vis orange interior, it reminded us of flames. Or flaming wings, if you will, ha!

Flaming Morale by our Founder

A professional illustrator and a co-founder of Carryology itself, we commissioned the legendary Hadrien Monloup to create the EVERGOODS x Carryology Phoenix artwork (now his 4th collaboration project artwork). And of course, he delivered the heat.

Admittedly, we had some embroidered fabric 2”x2” patches made up (to perfectly fit the Velcro loop panel on the exterior of the pack). Honestly, they looked good. But that was it. The colors didn’t pop and the detail wasn’t there. We couldn’t sign off on that. So it took some hunting for the best manufacturer, but we found the perfect partner to have molded “3D” silicone rubber patches made. Now they’re more than just “good”, they scream in high definition. One patch will be included with each CPL24 backpack sold, which is the only way to get your hands on this killer collectible patch. It will never be sold individually.

Pure Madness, for the Collectors

In our humble opinion, together we just created the ultimate EDC combination of pack and pouch. It was everything we had dreamed of. Well, apparently… we could ask for one more thing. What if… we offered one more colorway?

Just to do something completely insane. Something EVERGOODS would never do without this partnership. Something to stoke and delight you guys, our readers.

What if we did… an EVERGOODS x Carryology blaze orange CPL24 and a blaze orange CAP2? Eye-piercing fire orange Dimension-Polyant RVX25 X-Pac on the outside, eye-piercing 420d orange on the inside? It would literally generate the light of the sun!

Folks, this is much easier said than done. Looking at the fabric swatches, we knew we just had to do it. But Jack and Kevin couldn’t risk making a bunch of this insane color, as it is only for the bravest of individuals, a total grail collector’s piece.

Jack had to call in a favor with the factory, as there is no way we could hit their minimum order quantity (MOQ) for this colorway, which usually means a hard “NO” from upper management. Well, they were willing to work with us. But because we couldn’t hit their very high MOQ, they would charge EVERGOODS an arm and a leg to make these.

After a delicate balancing act of finances, factory relationships and favors, and the desire to do something completely mad, Jack ran the numbers and the absolute best possible solution is that we could make the smallest handful of these in the Blaze Orange. No, this is not some marketing tactic. We liked them so much that we wanted to make them. So we did. And that’s all that was possible. If we made more of them, the initial upfront investment cost would have been far too high for a small brand to dish out. How many of them are there? Well, let’s say that it makes it seem like there is a plentiful bounty of the Beams Day Assault by comparison.

But! There are hundreds of the badass black (exterior) and orange (interior) colorways of the EVERGOODS x Carryology CPL24 and CAP2 available to go around. For those insane folks who want to burn the retinas out of everyone in their general vicinity, you can try to capture one of these fiery blaze orange on orange Phoenix CPL24s and CAP2s. Like hunting mythical beasts, it certainly will require great timing, skill, and probably a lot of luck.

Though note, there is a cost increase for these limited quantities in the orange. It directly reflects the additional hefty markup the factory charged EVERGOODS. Additionally, Jack and Kevin are taking the lowest margin they have ever taken in EVERGOODS history on these two orange products. Yep, you read that correctly, that’s a fact. This is just so these would not exist as myth, but released into the world as a reality.

A Carryology reader favorite, a Carryology staff favorite, a global industry top pick, an instant icon backpack with a cult following… cranked up to 11. And paired with one of the best EDC accessories you can be blessed to carry.

You’ve been asking for this. We listened. Here it is. Officially be shipping in just a few days from now. Our Favorite Full-Zip Hoodies for Any Situation 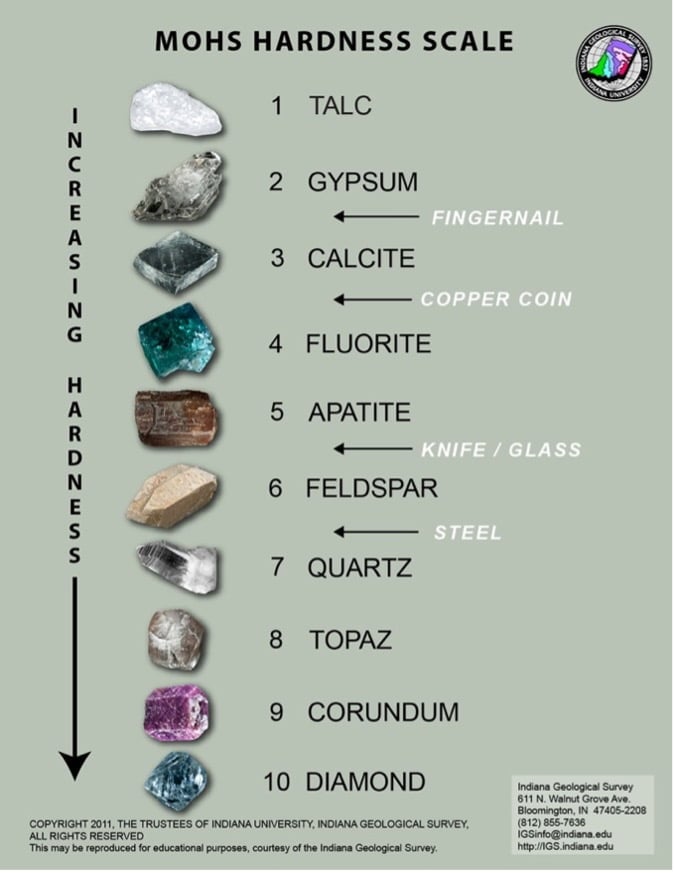 Take A Sneak Peek At The New Fendi London Pop-Up