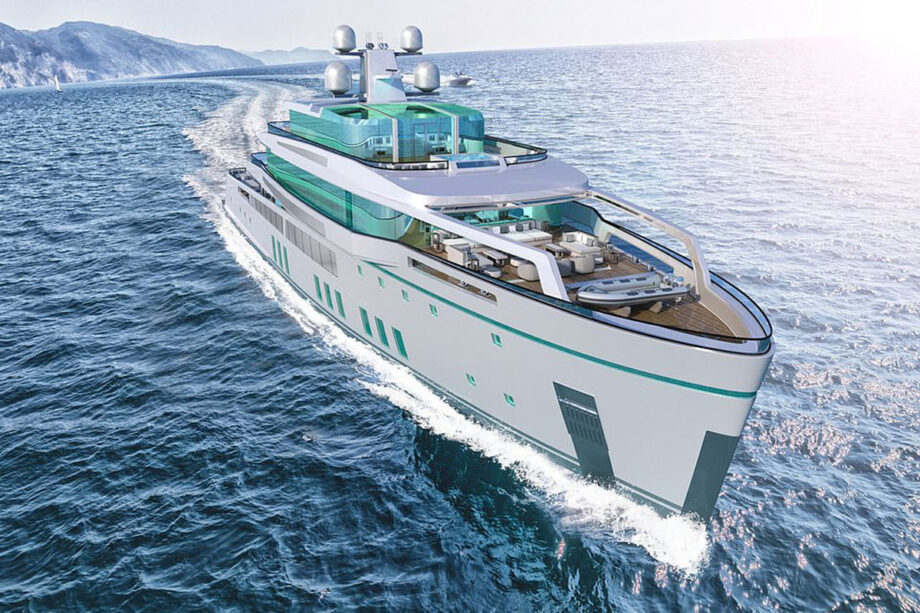 The world of super yachts never ceases to amaze. The toys of choice for the world's most rich and elite continue to defy what we think possible from a luxury floating mansion. But, while our usual clarification for what constitutes the best possible super yacht tends to rely on size and length, one new concept design has taken a rather different approach.

Called the SEE concept, the 65-metre yacht design – which, if size is anything to go by, pales in comparison to the 551ft/155m Dilbar – provides a whole new meaning to the phrase 'luxury living'.

According to CNN Travel, the SEE concept has been designed by New York studio Gill Schmid Design, in collaboration with Lateral Naval Architects, and offers its owner and guests no less than five swimming pools, open air cinema, full spa facilities, "mushroom lab and sushi counter."

Whatever floats your boat... 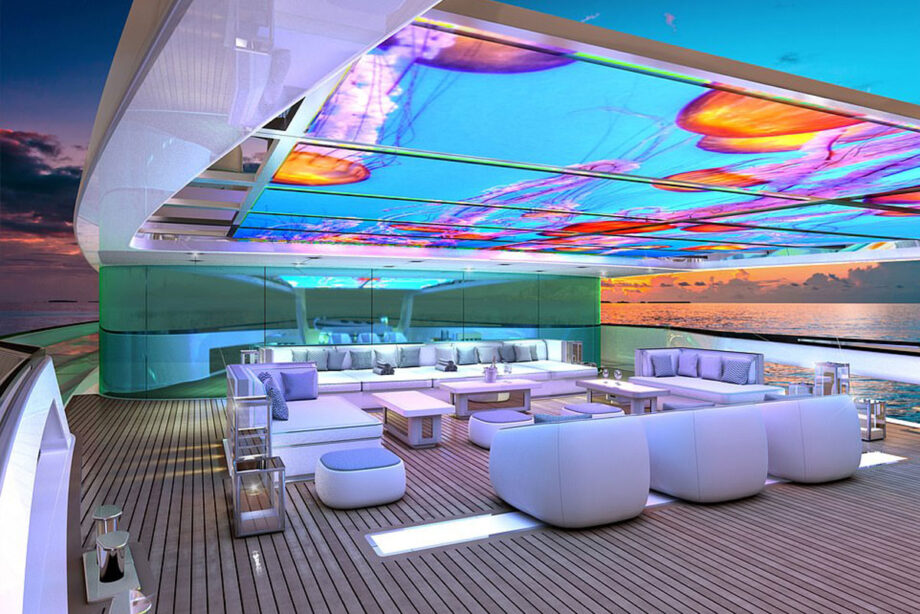 A vast majority of the yacht's exterior is covered in glass, predominantly for the swimming pools – which includes a glass-bottomed infinity pool – meaning hanky panky in the tub could be off the cards, unless it's that kind of group onboard.

While the cost of the SEE concept is currently unknown, it's not insurmountable to think its eventual owner and guests will expect a certain level of ease when it comes to relaxing onboard, and as a result, CNN says "the design team describes the interior, which consists of huge open plan areas and convertible spaces that offer those on board freedom and flexibility, as 'transformers in an architectural context.'"

With enough space for 14 guests in addition to 17 crew members, it's by no means a floating bungalow, and with other amenities including a yoga studio, beach club and a "tender garage full of toys," we imagine those who find themselves onboard will want to stay floating around the world for some time. 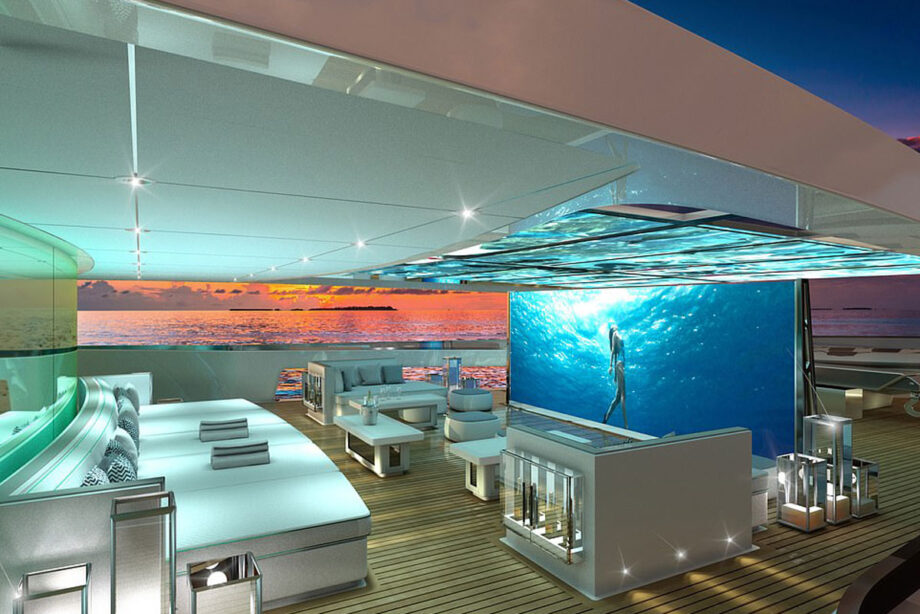 It's not just the interior design that's been given the state-of-the-art treatment either, as the propulsion system is decidedly eco-friendly. Described as being "groundbreaking," the SEE sources the majority of its power from batteries, while some diesel engines have been fitted specifically to recharge them. Top speed is a leisurely 16 knots, but with a range of 3,750 nautical miles, enough power to last six to eight hours while moored, and the option of three hours of silent cruising, the SEE represents the very latest in super yacht technology.

Unsurprisingly, SEE's designers have already received a great level of interest from both shipyards and buyers, and with a three-year build time, it might not be long before one is seen taking anchor in the likes of Monaco or Cannes.

Oh, how the other half live.