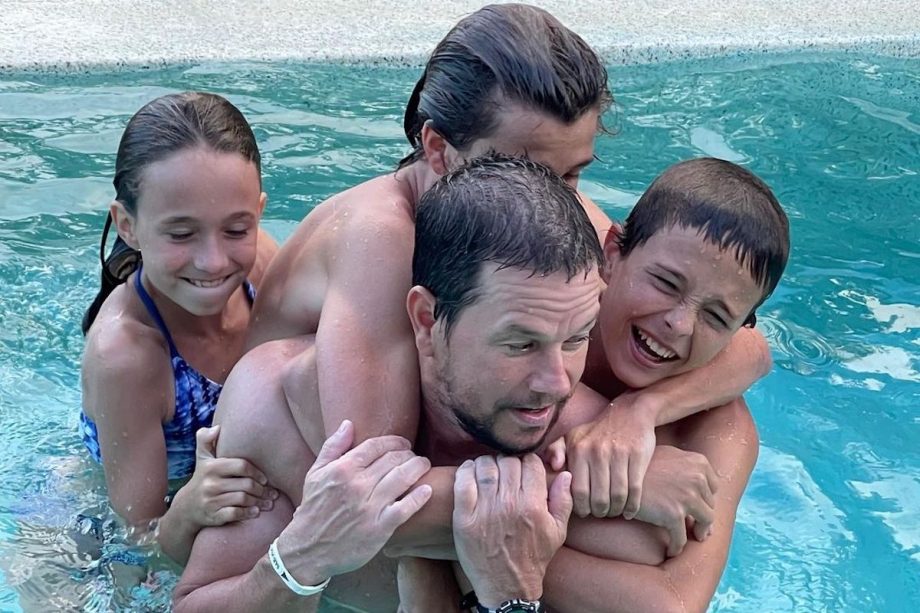 Mark Wahlberg's a big man with an even bigger watch collection.

The 50-year-old actor, producer, former rapper and fitness fanatic has a well-established love for expensive timepieces, with the Bostonian having a real penchant for Patek Philippes and Rolexes in particular – especially if they're 'iced out'.

In short, he loves to flex. But not all the time, as a recent family moment Wahlberg shared to Instagram reveals. Taking some time out from his busy daily routine, Marky Mark shared a photo of him playing in the pool with three of his four kids: sons Michael and Brendan, and daughter Grace. So far, so cute.

But what piqued our interest was what was on his wrist: a Timex Ironman digital watch you can pick up on Amazon for $50 or less. For a man who's rarely seen without something pricey on his wrist, it's a rather surprising piece that says a lot about Mark Wahlberg as a man. 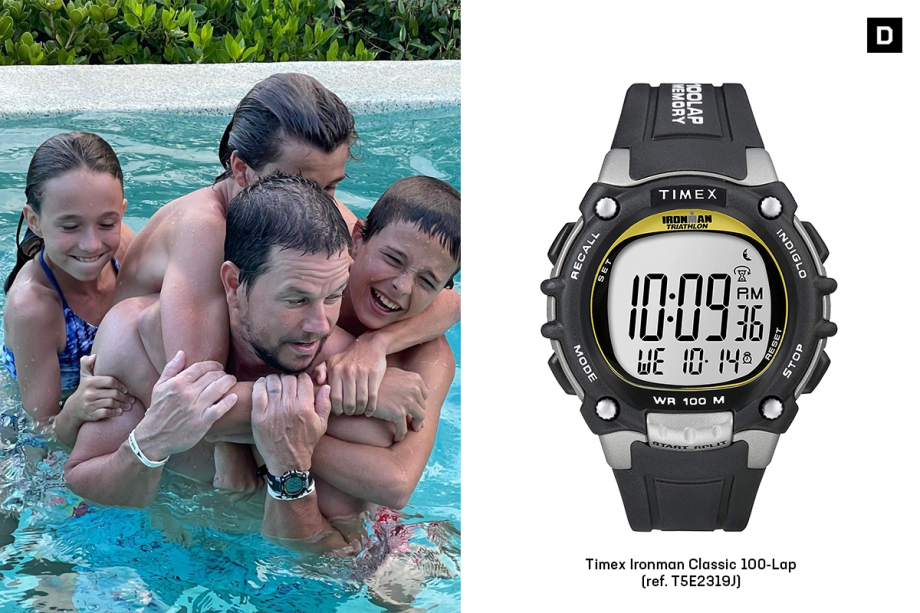 It shows that he's got his priorities straight. You don't need to don an expensive watch when you're playing with your kids, even if it is a photo-op. A Rolex Submariner might be perfectly capable of surviving a splash in the shallow end but clearly Mark's more focused on having a good time with his family than getting precious about what's on his wrist.

RELATED: The Best Rolex Watches For Men To Buy In 2021

Indeed, this humble Timex seems to be one of Wahlberg's favourite pieces – a real badge of honour for the cheap and cheerful sports watch, considering what else is in his collection. Wahlberg's owned this watch since at least 2012, and has even been spotted wearing it on the red carpet on occasion.

Of course, the beauty of a watch like a Timex Ironman or G-SHOCK is that they're incredibly tough despite their accessible price point, and they can stand up to all sorts of abuse, from chlorinated water to warzones and everything in between.