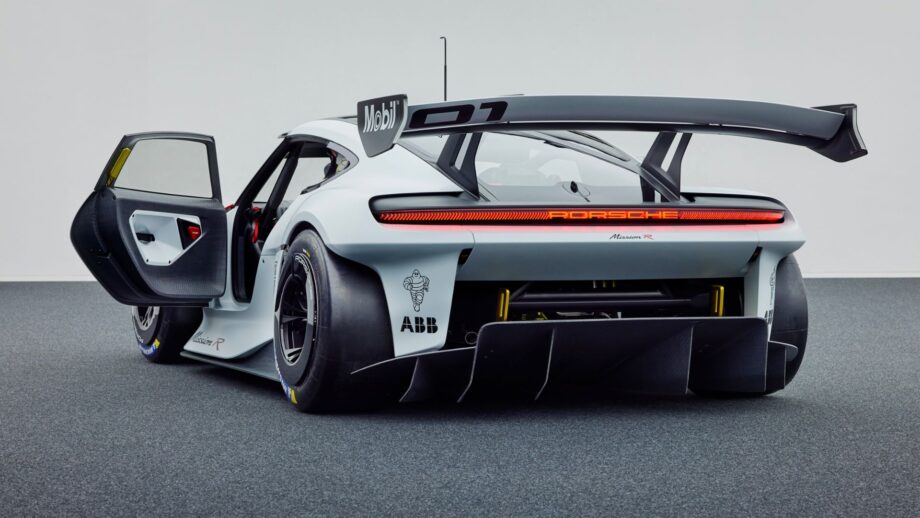 Anyone even passingly familiar with cars knows that the performance argument for electric vehicles is just as compelling as their environmental bona fides: the effortless acceleration, hefty torque and impressive stopping power EVs are inherently capable of lend themselves well to performance applications.

It's no wonder, then, that Porsche – one of the world's top performance car manufacturers – was so keen to get in on the EV action, releasing the blisteringly fast Taycan sedan last year. Sleek, comfortable, modern and crucially, extremely bloody fast, the Taycan has been an utter revelation; a true paradigm shift for luxury and performance vehicles.

Now, in 2021, these genius Germans have come up with yet another spectacular look into the future of cars: the Mission R concept, which the Stuttgart marque has unveiled just in time for the start of IAA MOBILITY 2021 (better known as the Munich Motor Show).

An extremely low-slung, all-electric competition car, the Mission R looks amazing – like if a Taycan Turbo S and a Lotus Evora had a baby. But it doesn't just look thrilling. It's a highly advanced piece of kit that could very well be the future of motorsport, whether you like it or not.

Watch the Mission R reveal below

Porsche have a long tradition of customer motorsports, with models like the 911 Carrera and GT3 having formed the basis of 30 one-make cup series across the world. An all-electric cup car like the Mission R makes a lot of sense, especially when you also consider how Porsche is now involved in the Formula E World Championship. Consumer motorsports will inevitably go electric, so Porsche is just getting ahead of the curve.

But how does it drive? Shorter and lower but slightly wider than the 718 Cayman, the all-wheel-drive track car makes just under 1,100hp in 'qualifying mode', accelerates from 0 -100 km/h in less than 2.5 seconds and boasts a top speed of over 300 km/h. Knowing Porsche's typically humble approach, there's a good chance it's even faster off the line than that, and you can bet your bottom dollar it will handle like nobody's business.

But those numbers don't really give a good sense of just how revolutionary the car is. Thanks to its advanced 900-volt technology and Porsche Turbo Charging, a good 15-minute break from racing is all that is needed to charge the battery from 5 to 80%. It's got Formula One-style DRS (Drag Reduction System, i.e. active aerodynamics) to generate maximum downforce.

But it's also good for the planet: it's mostly made out of flax, thanks to its use of natural fibre-reinforced plastics for body panels. And of course, it doesn't use a drop of petrol. Of course, this may infuriate some sports car stalwarts, but they'll just need to get over it. This is the future. 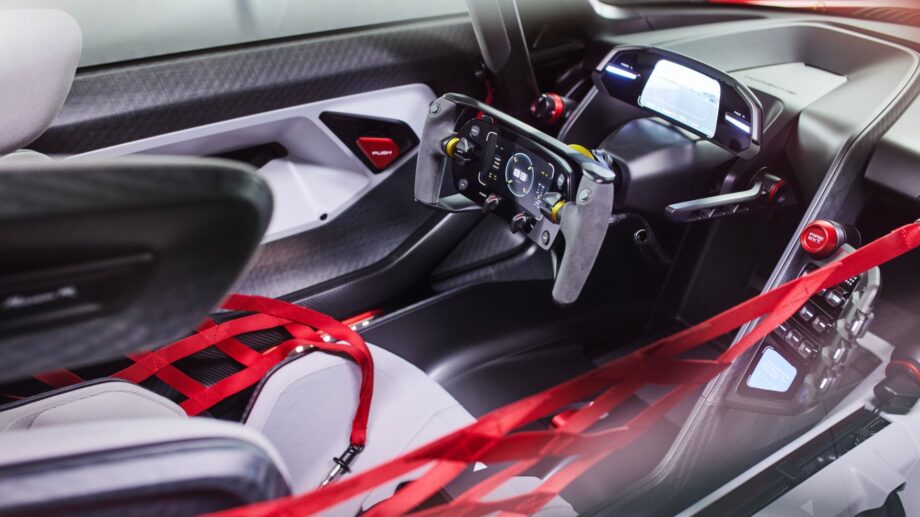 The other interesting element of the Mission R concept is how it's intended to bring the worlds of real and virtual racing closer together – as the launch video, with its very Cyberpunk 2077 vibes, hints at. Core to this is how the Mission R's monocoque driver's module can also double as an e-sports simulator, for when you can't make it to the track.

This is no mere gimmick. the rise of e-sports, particularly racing simulators like the rFactor and Assetto Corsa series, is deeply influencing real-world motorsport. E-sports is increasingly becoming a way for motorsports teams to identify emerging talents, hone established driver's skills, and entertain fans. Indeed, the official Formula One eSports Series received plenty of attention last year as the 2020 Formula One World Championship faced repeated disruptions thanks to the COVID-19 crisis.

Proper racing simulator setups can cost tens of thousands of dollars, so having a car that can race both virtually and in real life is a brilliant concept. If we're talking consumer motorsports, it's a fundamentally consumer-friendly move; one that will appeal to real purists (who recognise the essential role simulators play in modern motorsports). 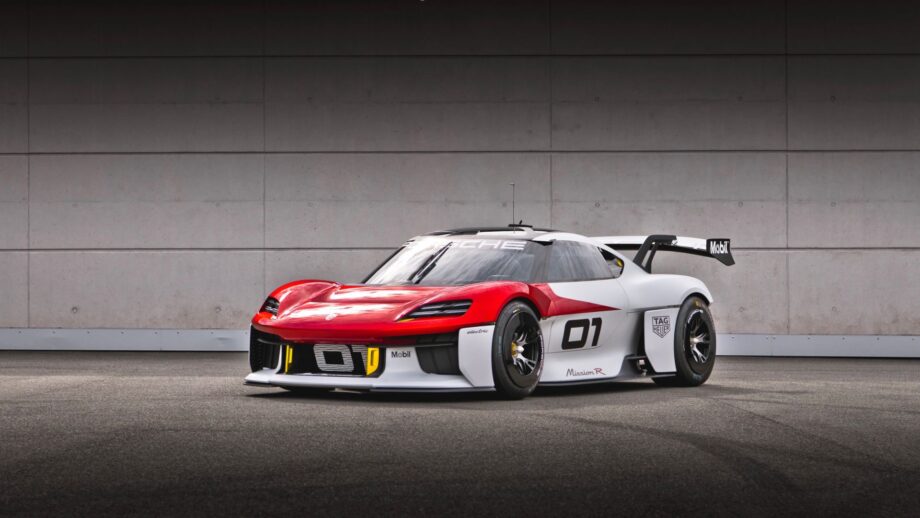 The really exciting thing about the Mission R is that if Porsche's recent track record (pun intended) is anything to go by, it stands a very good chance of making it into production.

One of the most exciting things about the Taycan is how closely it resembles the Mission E concept car Porsche unveiled back in 2015. Normally, there's a bit lost in translation; too many compromises between a concept and production car, but the Taycan doesn't have that. It was the same story with the 2018 Mission E Cross Turismo concept and the new Taycan Cross Turismo. Fingers crossed we see a trifecta with the Mission R.

We wonder if the Mission R will kick-start a new range of electric consumer motorsports vehicles. A Tesla Roadster Cup? A Toyota Supra GT4 EV? Guess we'll just have to wait and see...

The post Porsche Unveils The Future Of Motorsport… Whether You Like It Or Not appeared first on DMARGE.