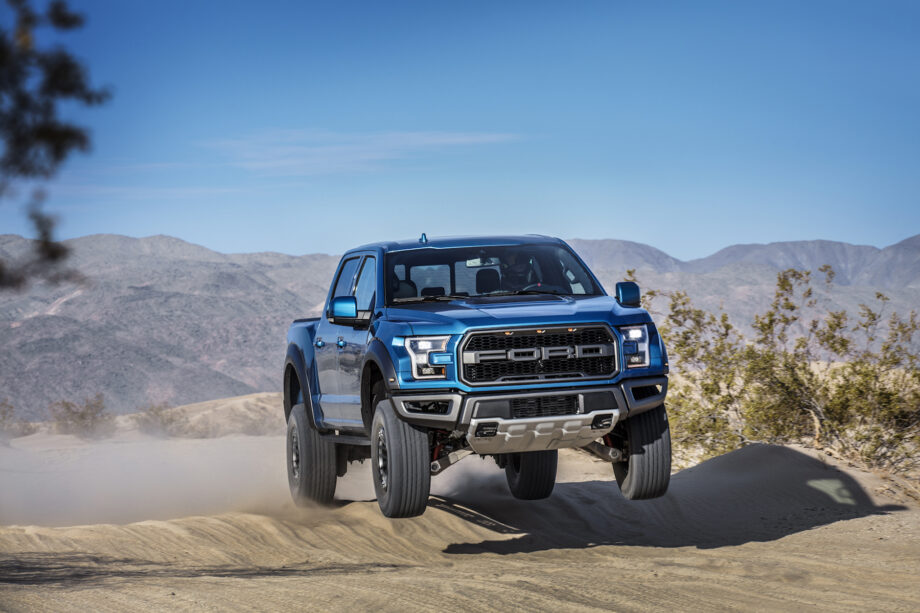 We Australians love our utes. An essential tool in the working man's arsenal and a quintessential piece of Australiana, the story goes that Ford Australia was motivated to produce a "coupé utility" after receiving a letter from a farmer's wife asking for "a vehicle to go to church in on a Sunday and which can carry our pigs to market on Mondays" in 1932. It's been a vehicular love story ever since.

The end of local auto manufacturing and changing consumer tastes have seen these sorts of vehicles disappear from showroom floors, with the purpose-built pickup truck now king of the hill. These days, even dual-cab pickup trucks get called 'utes', even if that title is somewhat shaky.

What is rock solid, however, is the sales figures these pickups command. The Toyota Hilux and Ford Ranger have been Australia's top two best selling vehicles for a long time, with other pickups like the Mitsubishi Triton, Nissan Navara, Isuzu D-Max and Mazda BT-50 consistently ranking near the pointy end of sales figures, too. 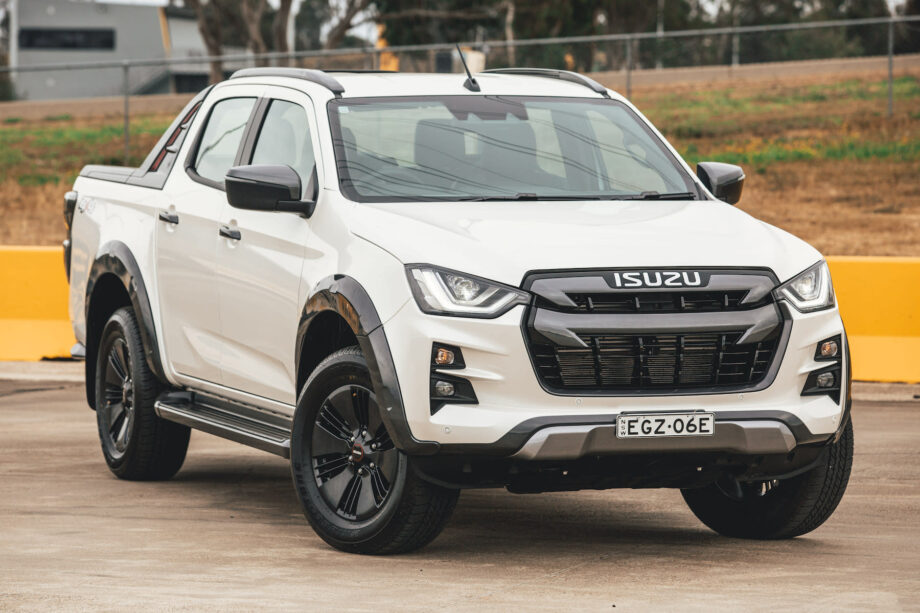 A 2021 Isuzu D-MAX X-Terrain. One of only two passenger vehicles Isuzu offers in the Australian market (the other being the MU-X SUV, which is based on the D-MAX), it's currently one of the top ten best selling vehicles in the country. Image: Drive[/caption]

The market's now getting even hotter, with imported American full-sized pickup trucks like the Chevrolet Silverado, Ford F-Series, GMC Sierra and Dodge RAM also quickly gaining market share. Imported by third-party firms and converted to right-hand drive locally, these trucks dwarf virtually any vehicle on the road; they're utes on steroids.

We understand the attraction of a traditional dual-cab – for both tradies and families – but the growing popularity of these American cars is quite head-scratching. A Toyota Hilux is already a very big car, and surely does everything a 'normal' ute can do. So what gives?

DMARGE spoke exclusively with Trent Nikolic, Managing Editor of Drive, who relates that while he doesn't think American trucks will ever make their way here in enough volume for them to enjoy the "default family vehicle" status they enjoy in the US, he suggests that their growing popularity is because "nothing here really offers the same features."

"There isn't a vehicle you can buy that has a big petrol V8, is RWD, with a tray and the room that the trucks have inside. [The] Nissan Patrol is as close as you can get from the regular brigade. The other thing the US trucks do better than anything, is tow." 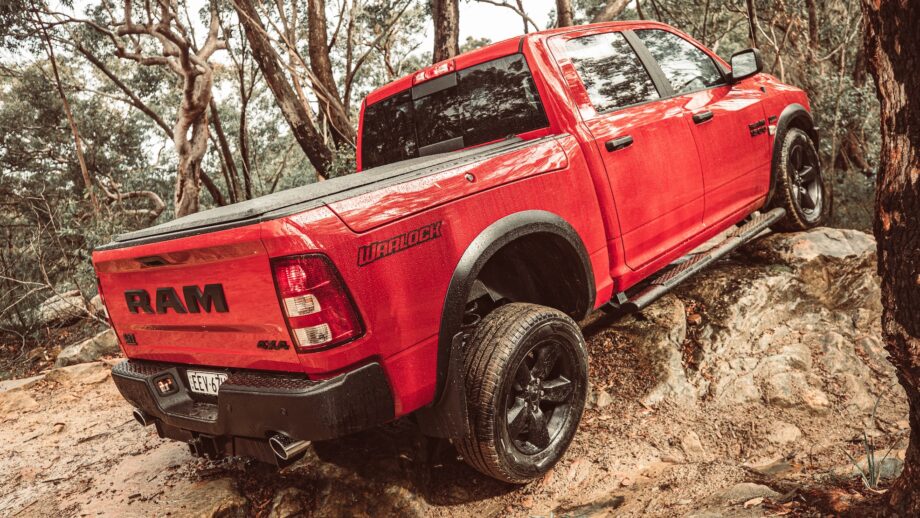 DMARGE also spoke with Mike Sinclair, Editor-in-Chief of Carsales, who concurs that their towing capacity is a major factor.

"If you’ve owned two or three high-spec Hiluxes or Rangers and you’re ready for a change, where do you go... When you work out the current crop of utes rated to tow 3500kg actually struggle with the task, where do you go... When the taxman pays for most of the running costs of your ute and you can buy a full-sized pick-up for $90K (remember, [Ford Ranger] Raptors are $80-ish), why not."

"We think the demand for these vehicles will continue to increase – especially so as lower-cost versions arrive."

"Right now a ban on overseas holidays sees Aussie reconnecting with road trip style holidays (taking a boat, a caravan etc.) and this is supercharging the demand."

RELATED: I Jumped Onboard 2021’s Most Cliché Travel Trend. It Was A Complete Disaster

The off-road capabilities of these trucks is also a big factor, although we'd be surprised if they could out-rock-scramble the top-spec 4x4 variants of cars like the Hilux or D-MAX (there is such a thing as 'too big'). 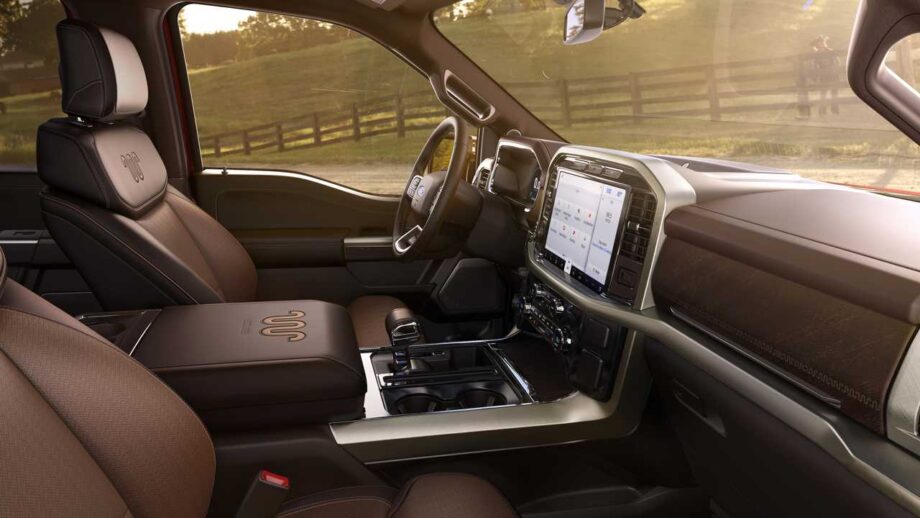 The cabin of a 2021 Ford F-150 King Ranch. The F-Series has been the best-selling truck (and vehicle) in the United States for decades. Image: Motor1[/caption]

The other reason these vehicles are becoming so popular is that despite their agricultural origins, they're actually rather luxurious, especially in higher specc'ed vehicles such as F-Series' King Ranch or Limited trim levels or the Sierra Denali. It's something that the current range of dual-cabs already do pretty well – take the Volkswagen Amarok Walkinshaw – but these 'Yank tanks' take it to the next level.

Acres of leather; heated and ventilated seats; sunroofs and ambient lighting; adaptive cruise control and other advanced driver's aids and of course, more cupholders than you can shake a stick at... They might have a luxury vehicle's price tag but they've also got many of the features you'd expect from a luxury vehicle, whilst being much more practical and without carrying the sometimes negative cultural cache you'd get from driving a luxury car.

For that matter, it's also part of the reason why smaller pickups like the Hilux and Ranger are so popular Down Under, and partly why they weaselled out car-based utes even before local manufacturing wound up. They're the ultimate status symbol – tough, comfortable, can do everything – but they come with a sense of plausible deniability. Even if you're not a tradie, you're not going to get judged for driving a Ranger. 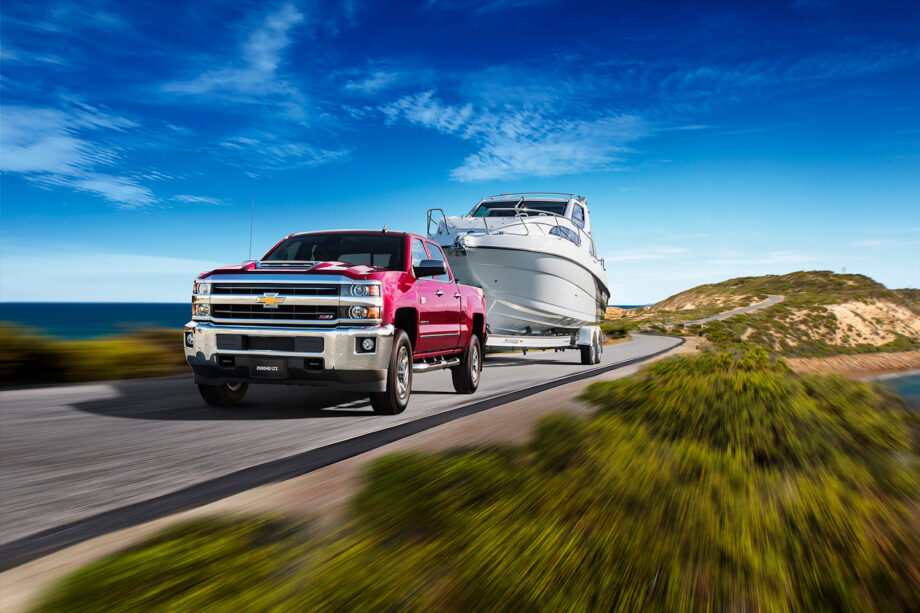 The 2021 Chevrolet Silverado 2500HD LTZ doing what it does best – towing. Image: HSV[/caption]

There's only one problem with our love affair with pickups (aside from the fact that they don't really fit in parking spaces, especially the big American ones). They might be more practical than the old car-based Aussie ute or many other cars on the road, but there's something they can't do as well: actually drive.

"When [the] Commodore and Falcon died so did car-based utes. With V8 or turbo 6 high-performance powertrains, they were a unique Aussie phenomenon and won’t ever be seen again," Sinclair explains.

"I’m not for a moment suggesting they’d be selling at the rates of dual-cabs, however. This is a different buyer attracted by the (largely imagined) extra flexibility of a dual-cab as a family vehicle. The addition of more comfort, more tech and a nod to safety (airbags, automatic emergency braking, etc.) has all attracted family buyers."

"Of course, the reality is these vehicles aren’t great to drive, aren’t all that safe (compared to a modern SUV) and are actually pretty expensive to buy and own."

Nikolic agrees: "dual-cabs are still more truck-like than car-like to drive and inside the cabin." The same is true for this new suite of big American trucks: they might be great off-road and haul like nobody's business, but when it comes to driving manners, they can't escape the fact that they are trucks, not cars.

A 2021 Toyota Hilux, Australia's #1 best-selling vehicle. There's not much a Hilux can't do, but it seems their throne is increasingly under fire from 'Yank tanks'. Image: Pat Callinan's 4x4 Adventures[/caption]

"Will I ever be able to buy a car-based utility again? The answer is probably no, but there's a hole in the market for sure," Nikolic relates.

"In short though, not enough Australians were buying Australian-built cars to sustain the industry. So it's simply a fact that the manufacturers stopped building the utes, rather than buyers didn't want them."

As fuel prices continue to rise and Australia's electric vehicle charging network continues to grow, the next big threat on the horizon will be electric utes, like the Rivian R1T, Tesla Cybertruck and the Ford F-150 Lightning. But that's a whole other kettle of fish...