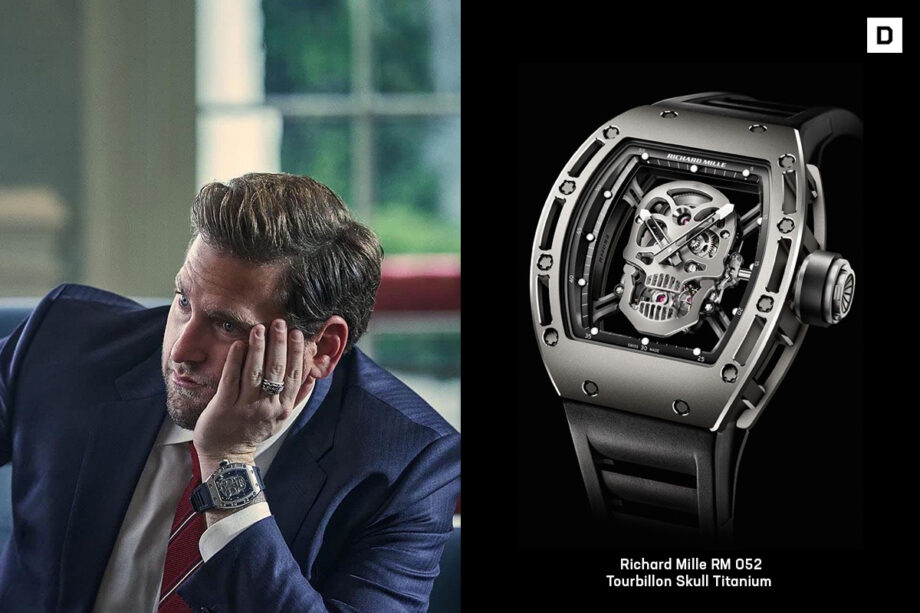 Jonah Hill isn't just one of the most talented multi-hyphenates in showbiz, but he's also an incredibly stylish guy with incredible taste in watches.

Most of the 37-year-old funnyman's pieces are classic, versatile, somewhat understated ones. He's a big fan of Rolexes, owning a number of models including a Milgauss (tasteful) as well as both a stainless steel Daytona and a gold Daytona (a bit more baller). He also owns at least one Patek Philippe Nautilus – again, a desirable watch, but not overly ostentatious.

All of this is to say that it was rather surprising when we woke up this morning and saw photos of him wearing one of the most conspicuous, complicated and uncharacteristic watches in the entire watch world: a titanium Richard Mille RM 052 Tourbillon Skull worth close to a million Aussie dollars. What gives?

Well, it turns out he's wearing the watch for a role, as is often the case with actors and their watches (if we had a dollar for every time a two-bit blog included screen prop watches as part of an actor's collection in one of their listicles, well, we'd be able to afford a Richard Mille). It might actually be his watch, though – he is a notable watch collector after all – but it's not clear.

RELATED: Lionel Messi Arrives In Paris With A Rolex To Match His Paycheck

What is clear is that his next movie is going to be a hit. Hill is playing the foppish and cynical White House Chief of Staff Jason Orlean in the upcoming Netflix black comedy Don't Look Up, which features a star-studded cast including Leonardo DiCaprio, Jennifer Lawrence, Timothée Chalamet, Ariana Grande, Cate Blanchett and Meryl Streep, trying to warn mankind about an approaching comet that will destroy Earth.

As the name implies, the baseplate and bridges of the RM 052 take the form of a grade 5 titanium skull, with the upper and lower jaws of the skull appearing to hold the ruby of the tourbillon cage in its teeth. The signature tonneau case of the watch also features 'speed holes', which complement the (literally) skeletonised movement and serve to subtract even more weight. 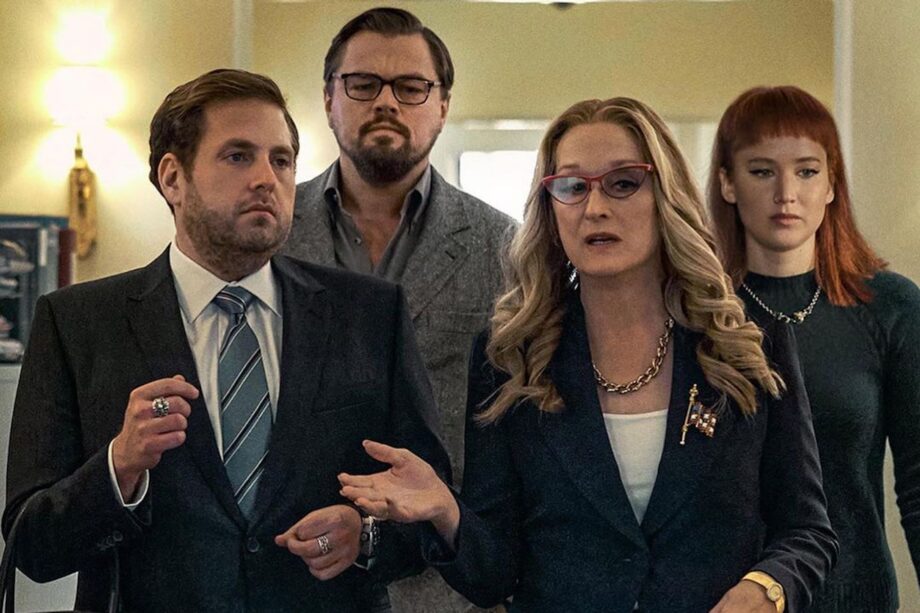 Hill alongside Leonardo DiCaprio, Jennifer Lawrence and Meryl Streep in a still from the movie. Streep's character seems to be wearing a Piaget dress watch, too – fancy watches all around it seems. Image: Netflix[/caption]

It's an eye-catching statement piece of a watch that's proven to be very popular amongst the rich and famous. Post Malone, Neymar Jr. and Pharrell Williams are just some other celebrities who have one of these macabre timepieces in their collection.

From what teaser footage we've seen so far, Hill's character seems to be a caricature of the laziness and nepotism rife in the US public service, making such an extravagant watch perfect for such a character (especially considering the morbid theme of the timepiece, too).

Don't Look Up is set to receive a limited theatrical release on December 10th prior to streaming on Netflix on Christmas Eve, December 24th.

The post Why The Hell Is Jonah Hill Wearing A $1,000,000 Richard Mille Watch? appeared first on DMARGE.