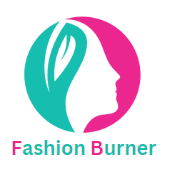 What Is the Godh Bharai Ritual?

The Godh Bharai ritual is seen by the family as a kind of welcoming celebration of a new baby. The Godh bharai muhurat 2023 may be calculated using the birth chart or nakshatra of a pregnant woman. Since only a lucky day for baby showers should only be used for this event (Godh bharai).

The best months to perform the Godh Bharai ceremony.

According to Hindu tradition, the Godh Bharai Rasam must be done in the woman’s fourth, sixth, or eighth month of pregnancy. The community and the family do, however, weigh in on the Godh Bharai Muhurat choice. Some cultures select the Godh Bharai dates when the expectant mother has finished the seventh month of her pregnancy; in other communities, they are observed during the last few weeks of the eighth month.

Pregnancy is widely honoured in India, and before the baby is born, a sizable celebration is planned that involves a variety of regionally specific Indian traditions and customs. A Godh Bharai, also known as a baby shower, is the term used to describe this kind of gathering.

It also goes by the names Seemantham, Valaikappu, Swad, and Dohale Jeevan in Maharashtra and Tamil Nadu. Customs and rituals connected to pregnancy have been performed for a while and have had a big historical and cultural influence.

Friends and family of the expectant woman are invited to a special occasion called a godh bharai. A group of ladies gathers to bless the expectant mother and the unborn child while enjoying some delectable delicacies. The godh bharai rite requires the presence of females. In the third trimester or the seventh month of pregnancy, it commonly occurs.

The meaning of the godh bharai rituals is the same no matter how they are performed in different states. On this important day, the pregnant woman is typically adorned in new clothing, jewelry, and flowers before being led through the entrance door and into the puja room.

In Hindu families, the practice is frequently performed for expecting women in the seventh month of their pregnancy since it is believed that the mother and child are now in a stable and safe time. Therefore, according to the family’s customs and rituals, the Godh Bharai Muhurat 2023 may alter.

Even though the Godh Bharai ritual is typically performed in the seventh or ninth month, some families opt to do a puja for the infant instead.

The Godh bharai ceremony’s auspicious day can be chosen from among a week’s worth of possibilities; the top choices are Monday, Wednesday, Thursday, and Friday. And according to the Hindu calendar, Dwitiya, Tritiya, Panchami, Saptami, Dashami, and Triyodashi are the most auspicious Tithis for the Godh bharai puja.

The family members first choose a suitable Godh Bharai Muhurat for the baby shower. After consultation with Vedic astrologers, the best Godh Bharai date is chosen. According to Hindu tradition, the event is celebrated on the day of Godh Bharai. You may get help from 99pandit if you need to hire a Hindi Pandit in Bangalore.

Godh Bharai typically solely performs for female audiences. For this occasion, the expectant mother is decked out in flowers, jewelry, bangles, and brand-new attire. She was anointed with special oils by the household’s senior females.

A fee is charged to pilgrims that covers pandit Dakshina, booking fees, and the necessary puja samagri. Other than the price of the aforementioned bundle, there would be no other costs. The price might vary if the customer requests extra work. The ceremony and puja package that consumers choose typically affects how long the performance will last.